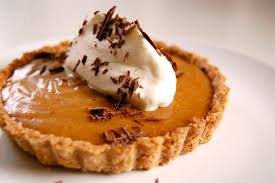 Since many of us New Yorker’s missed Halloween last year due to Superstorm Sandy, this year we are so happy to be walking around our neighborhoods free from fallen trees and downed electrical wires in the road. It’s hard to believe that was a year ago. And because we have power this year 🙂 we can make those favorite treats we love to eat on this fun day!

Here’s an easy no-bake recipe that is in keeping with the colors of the season (how thankful we are to have refrigerators to keep milk cold!):

Mix the pudding packages with the milk for two minutes. Pour into the pie crust and chill for several hours. Decorate with your favorite candies!

What’s your Halloween tradition?  Enjoy & have a happy one!

On October 26th, our nation celebrates the 23rd annual “Make A Difference Day”. It is the country’s largest day of community service.  People from many different communities will be cleaning up parks, holding sneaker drives, donating books and giving back to their communities in ways big and small.  Go to makeadifferenceday.com to find out what you can do to support the community in which you live.  Please consider involving your family & friends in helping out your community this Saturday on “Make A Difference Day”!

A little follow-up to last week’s blog “Charitable Endeavors”…One of our kids is celebrating a birthday soon and in lieu of one of his gifts he is asking to buy a llama to donate to a family through Heifer International.  Heifer is an organization that believes in helping impoverished communities by giving them the means to sustain themselves for the long-term.  They provide training in livestock and agriculture and in turn ask their recipients to “pass on the gift” by means of giving the offspring of their animal to another family in need.  The llamas will provide transportation, income and wool for blankets, carpet, etc.  Your donations can also go towards chickens, honey bees, goats and more.  Eggs, honey & milk can be sold as well as used to feed their own families.  To learn more visit http://www.heifer.org/gift

How happy are we, as mothers, to see our children thinking of others and wanting to help those who are less fortunate without our asking!  Tell your loved ones about “Make A Difference Day”.  They might be motivated to start or join a project and you could help out with them.  Whatever you do now or in the future, we’d love to hear about it! 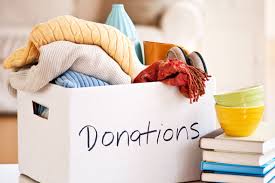 Over the next few months we will be looking forward to all of the upcoming holidays and the celebrations that go along with them. It is one of the busiest times of the year as we get caught up in the joys of baking, shopping, wrapping and decorating. Along with all of the festivities, we need to remember that there is still a great need in our world, often right in our own backyards.  While we finds ways to donate and help those less fortunate year round, it is especially important this time of year.  The weather is colder; there is a need for shelter and warm clothes, along with toys for children in need who see the abundance others have while they go without during gift giving season. To that end, here are some great ways to help right in your own community:

* Donate a coat – Our communities do a coat drive every November.  Look for flyers or drop off boxes in your area.  It’s a great way to clean out your closet and keep someone warm!

* Buy a can of veggies – Soup, pb & j, anything non-perishable is great for a food pantry.  This time of year the Thanksgiving baskets are being prepared with corn, boxed stuffing, cranberry sauce, etc.

* Donate a gift – Toys for Tots places drop off boxes throughout many communities for donations.

* Give your time – Many elderly are lonely during the holiday season.  A visit and some conversation would mean the world to them.

Please consider picking at least one thing to do for someone else over the next few months.  We will try to do them all!

Picking up where the blog left off last week, we thought we’d share a few seasonal recipes today! The first one is from our parents who recently visited the local peach farm and went home and made a peach pie. Delicious! The next is one Holly’s been making like crazy at her house. She has an apple tree in her front yard and picked so many apples this year that she came up with some creative ideas for eating them.  The dish is gone within a day although she hoped it would last for the week. Last is Heather’s recipe for corn chowder, perfect on a crisp fall day.  Enjoy!!

Preheat oven to 450 degrees.  Put one pie crust pastry in 9″ pie pan and brush with beaten egg.  Mix peaches in a bowl with lemon juice.  In a separate bowl mix flour, sugar, cinnamon and salt.  Pour over peaches and mix gently and pour into pie crust.  Put butter pieces in with peaches. Place second pie crust on top and seal edges with a fork dipped in egg.  Brush top of pie crust with egg.  Pierce crust with knife to make slits for steam to escape.  Bake for 10 minutes at 450 then lower oven to 350 degrees and bake for an additional 30 minutes.  Enjoy when cooled!

In a medium bowl, hand mix with a whisk all the eggs, milk, brown sugar and vanilla. Spray a shallow casserole dish with non-stick spray. Put bread pieces in the dish then slowly pour the egg mixture on top soaking all the bread pieces. Pour maple syrup on top and sprinkle with cinnamon. Bake in a preheated oven for 35 minutes. In the meanwhile, place apple cubes in a small pot with a splash of orange juice and cinnamon. Simmer slow while the casserole is baking. Serve a scoop of apple compote on top of a serving of the warm French toast when done and savor every bite!

Melt butter in a large pot on the stove with diced red pepper, frozen corn & onion powder.  Cook & stir on medium high until vegetables are softened, just a few minutes.  Sprinkle in flour & stir to combine.  Pour in chicken broth and stir for 3-4 minutes to thicken.  Reduce heat to low, stir in half & half, cover & simmer for 15 minutes.  Add a pinch of salt and pepper.  Stir in Monterey jack cheese & remove from heat.  Pour into a hearty bowl and taste the goodness! 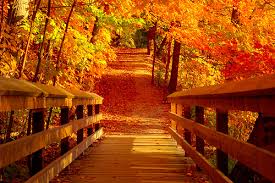 When the calendar turns from September to October, there is visible change all around us. When we go outside there is a crispness in the air (although this week in the Northeast it still feels like summer). The leaves are turning, the summer wreaths have come off the neighborhood doors and everywhere you go pumpkins, gourds, and scarecrows abound. You start to change the way you dress, the foods you prepare and your weekend activities. Even though some may dread the beginning of school, the ending of summer vacation and the inevitable cool weather approaching, we can look to this time of year as a time for enjoying all that it has to offer us.

Sometimes we can prepare for change just like we would a holiday or trip. Items are purchased, plans are made and sometimes the “looking forward” to it all is just as exciting than the trip or holiday itself. We can dream about the future, of a time and place we are planning to experience.

Autumn can be a time to dream, to plan, to think about things ahead of us. We can take out our well-loved sweaters that we have packed away for months. Buy a new pair of stylish boots for those cold days. Stack firewood outside for our long-forgotten fireplaces. Plant mums with fall colors and decorate our yards and houses for Halloween. Where we live, farm stands, apple orchards and pumpkin fields are plentiful. Taking a trip to these places is a wonderful way to spend a day and enjoy the spoils of this beautiful time of year.

How is autumn a special kind of season for you?